We have already seen some of these ‘small’ toilets and their covers in previous blog posts Sintesibagno.shop, Today, however, we see them all together. They are all toilet seats with a maximum length of 40/41 cm, most with round and D-shapes (we have talked about toilet seat shapes in the posts: ”The shapes of toilet seats. You thought a toilet seat was only oval? Have a look at the Sintesibagno catalogue (part 1)” and “Toilet seat shapes (part 2): elongated oval, figure-of-eight(8), D-shape, curved, teardrop, violin, triangular… ”. As usual, this will not be a ranking but a selection of the best ceramic designs from bathroom furniture companies. Well! let’s start:

Let’s start with the smallest of the small, Catalano’s ZERO 45 toilet is in our opinion the size limit beyond which both the user to sit comfortably and the drain trap inside it can function, we believe you cannot go down. Forty-five centimetres is very little! Initially produced in the floor-standing WC version, now also available in a wall-hung version. We talked about Catalano’s wide range of ZERO sanitary ware in the post: ”The Catalano Zero toilet seat cover. How many models are there in this series? Zero 45,50,54,55,62, Light, +” where you can also see the ‘normal’ WCs of the ceramic series so popular with architects. Only the original Catalano toilet seat cover with soft close hinges is available for this sanitary ware. You can find it in the Sintesibagno store at the following link [ clik HERE ]

If Catalano opts for the D-shape, Globo chooses the rectangular shape to present its small 45-centimetre sanitary ware. We have seen that the Space Stone series is part of the larger project called OPEN SPACE where we point out that the series was produced both floor-standing and wall-hung, but above all, as we say in the post just mentioned, in two different depths 54.36 and 45.36. Much attention should be paid to the choice of toilet seat cover with the advice to check the measurements well before purchasing. At this link you can find them both and you can check before you buy [ clik HERE ]

Where it all began! It is said so when a product is presented in the manufacturing world that will mark the history of the sector (in this case clearly of bathroom furniture) and will also be taken as a reference by competing companies. Ideal Standard launched this ceramic series called SMALL at the end of the 1990s and we can consider it the first series (perhaps better project) of compact and small designer sanitary ware. Yes, small WCs already existed, but the shape was the classic oval one and they often did not have the same bidet, let alone the choice of washbasins. Here we find the whole series, and above all, born with a design spirit. The intention was to be able to create modern, designer bathrooms even in a few square metres. It was a success! From that project sprang the more recent SMALL+, also presented with wall-hung sanitary ware. Find the SMALL toilet seat cover at the following link [ clik HERE ] and the SMALL+ option at the following link [ clik HERE ]

A small sanitaryware series where you can see the designer’s hand. Designed by ANTONIO CITTERIO conquered the market in the early 2000s. Five hundred (500) millimetres are the length of these ingenious sanitary ware. We considered it the perfect shape, and the market rewarded it with extraordinary sales. It was presented in both the wall-hung and floor-standing versions and combined with a very wide range of washbasins. Even today, when Pozzi Ginori became part of the Geberit group (it is still in the catalogue), it is still much appreciated by architects and interior designers who always use it in small bathrooms to which they want to give a refined touch. A leading series! You can find its toilet seats in the store at the following link [ clik HERE ]

We know that HATRIA hardly ever presents a series of anonymously shaped sanitary ware. But with You&Me according to achieves a formal purity that we can hardly find in other small sanitary ware. We like them so much that we talk about them in a few posts as soon as we can. We have talked about these fantastic You&Me small sanitary ware in several posts “Which small WC (toilet seat) has been sold the most?”, where we highlighted the fact that among small/compact sanitary ware it is one of the best-selling series. In the post ”What is the wheelbase in toilet seats? (part 1)”, we saw its particular 4.5/5 cm wheelbase. In the post ”Round sanitary fixtures like a circle. Here you need customised toilet seats!”, we have studied its round upper circle shape combined with a square lower base. It is certainly one of the series that has enabled Hatria to make a name for itself as a design queen. And here is the link to find its two toilet seats [ clik HERE ]

Thanks to the Compact series a small company like Eos ceramiche at least in this category of small sanitary ware it competed for market share with the giants of the sector (see Ideal Standard, Pozzi Ginori, Globo ceramiche,…) Among the first series to propose the circle as sanitary ware shape and flush-to-wall positioning. Many sanitary ware series that came later were certainly inspired by this sanitary ware. You can find its WC cover at the following link [ clik HERE ]

Very soft, rounded shapes for these small sanitary ware by Faleri. We have not yet dedicated a post to this company (we have only seen, for now, a couple of series: MAGICA in this post and FISH in this) so we refer you to their website domusfalerrii from which we take this passage: “Domus Falerii founds its roots in Italy in 1970, together with numerous cooperatives for the production of sanitary ware that developed in the area of Civita Castellana in those years and that have created over time the most important production pole in Europe today. Since 2014, the first in our district, we have thought of a new vision of a company, with a dynamic industrial formula that would allow us to carry out a thorough quality and technical control on every single piece produced.” Returning to F-concept sanitary ware, its small toilet seat (less than 40 cm) can be found in the store at the following link [ clik HERE ]

Another small ceramic sanitary ware from Globo. The name Bonsai already hints at something very small. It was the company’s response to the launch of Ideal Standard’s Small and Catalano’s Zerolight (which we will see shortly). It proposed among the first series in the category the suspended version of the vase as well. Much attention was paid to the choice when purchasing the toilet seat cover for the two versions of the floor-standing and wall-hung WC. In fact, this is the case: although they share the same formal DNA in terms of size, they are not even related. The toilet seat cover for the wall-hung model can be found at this link [ clik HERE ] is even a full 39 cm wide, while the floor-standing toilet seat cover is only 36.2 cm and can be found at the following link [ clik HERE ]

Recently discontinued and replaced by the new series NEWLIGHT was for a long time one of the benchmarks in the small sanitaryware category. It measured only 48 cm and allowed the flush-to-wall positioning that was beginning to become popular in designer bathrooms in the early 2000s. What is special about its toilet seat cover is that it falls into the odd centre distance category because the fixing holes on the toilet bowl are positioned at 19 cm. You will find toilet seats for this WC in the store at the following link [ clik HERE ]

A company such as DOLOMITE champion in all categories of sanitary forms, it could not fail to present a small and compact sanitary. It was presented at the end of the 1980s and was very popular. It evolved from the larger variant (NOVELLA), of which it retained the formal purity and lightness typical of this ceramic manufacturer, but in terms of size was truly MINI. The toilet seat cover, incredibly, is the same for both versions and can be found in the Sintesibagno store at the following link [ clik HERE ]

In this post we have seen many ceramic series that fit small toilet seats, you may have found your toilet and so are able to order the correct toilet seat. But what if you have not found your toilet or are not sure? How do you order the correct toilet seat? To avoid problems when buying a toilet seat on the web, ask us for the exact toilet seat to order. Through the recognition service we have created we can take the hassle out of choosing. Just send us an e-mail to info@sintesibagno.it or a WhatsApp message to 3341288978 with two pictures of your sanitary fitting and a few measurements and we will be able to help you choose. Here is the video on how to go about finding a toilet seat cover: 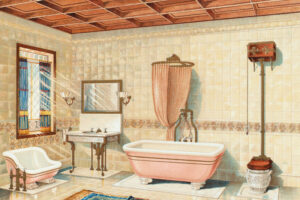 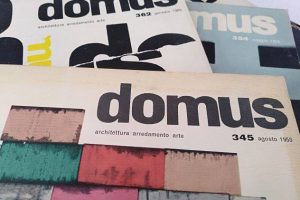