We are used to think of antique-style sanitary ware as having worked shapes in the upper part of the vessel, as we saw very well in the post: ”Spare parts and replacement of CLASSICO/RETRO style toilet seats”. Here we have seen the shapes of toilet seats made of 8 as ANTALIA Dolomite, the shape of the violin toilet seats as RETRO’ by Kerasan, the toilet seats with the double curve of ELLADE by Hidra. Or a rounded shape like the Pozzi Ginori series MONTEBIANCO: ”And then comes ‘Montebianco’ Classic/antique sanitary ware and their toilet seats (part 2)” and the series inspired by it: ALBANO Vitruvit, LUTEZIA Senesi, PALLADIO Sbordoni and LONDRA Simas. With the success that flush-to-wall sanitary ware has had in recent times (HERE the link to the post where we explain this type of WC and bidet) the shape of the toilet seat, known as the D shape, has established itself. How did the ceramic companies manage to render the idea of the classic retro starting from a shape in the upper part of the WC that is modern? They have worked, we can also say very well, on the body of the sanitary ware, creating unevenness, steps and curves that testify to the creativity of Made in Italy design. Let’s take a look at some of these ceramic series and their WC covers.

It is the classic lux series by Ideal Standard. It was the first series of the modern era in bathroom furniture to be classic, yet ‘modern’. Essential and imposing at the same time: Calla. A prestigious and important line, created to give the idea of luxury with class. This series has been combined with a toilet seat cover with a specially made hinge that takes its name with a special chrome-plated tube. This original Calla toilet seat cover is unique and inimitable, its hinge with rear tube embellishing the very figure of the toilet. Of course it comes at a nice price! So to please everyone, we have come up with the original toilet seat and the variants, which are still perfect, but definitely less expensive. All available toilet seat variants (including just the original hinge) are available in the store at the following link [ clik HERE ]

One of Catalano’s latest ceramic series is called Canova Royal. A very articulated sanitaryware programme, made up of many washbasins and, above all, two lines of sanitary ware, a very modern flush-to-wall version and one with the classic positioning of the toilet detached from the wall, with a slightly more retro taste. Embellished and antiqued with embroidery and steps in the body of the sanitary ware, it is a worthy heir to the historical Calla that we met in this post. The toilet seat covers, both in the original version (also soft close) and in the dedicated version (also soft close) can be found in the store at the following link [ clik HERE ]

Let’s take a step back into the history of bathroom fittings to show you the ceramic series that we think started this type of sanitary ware. It was produced by Cesame and was called Bella Epoque. The mastery of Cesame was to give precisely the retro style to the sanitary fitting by working on the foot of it and on the side beams. The particularity of the outline can also be found in the carving of the original Belle Epoque toilet seat which you can see at the following link [ clik HERE ]. Several variants for this toilet seat cover are available in the store, including a dedicated version with slow motion hinges at the following link [ clik HERE ]

Workmanship in the ceramic body is certainly simpler than the series we have just seen, but the style is definitely classic. It is called Fidia and is produced by Flaminia. A WC and its cover very large compared to the standard of the category. we talked about it in the post: ”BIG sanitaryware, large WCs and bidets modern lines and their covers (part 2)” where we have seen sanitary ware and toilet seats that reach lengths of 48/49/50/51 cm, among others ONDA by Hidra, OMEGA by Facis and LAGO by Dolomite. It is exactly this length and the workings and steps in the foot of the sanitary fitting and in the body that give rise to the gentle, rounded shapes that slim down the imposing volumes. Its toilet seat has an adjustable hinge that allows measurements from 48 to 52 cm and can be found in the store at the following link [ clik HERE ]

Today we have been looking at classically styled ceramic series that are very important for the entire bathroom world. Perhaps you have recognised your toilet bowl and are able to purchase the right and precise toilet seat without making a mistake. However, if you are still in doubt about which toilet seat cover to look for for your toilet in the bathroom, we suggest you send us an e-mail to info@sintesibagno.it or a WhatsApp message to 3341288978 with two pictures of your sanitary fitting and a few measurements and we will be able to help you choose. Here is the video on how to go about finding a toilet seat cover: 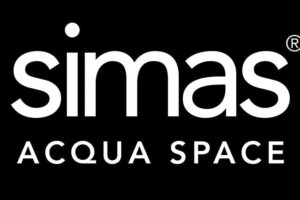 WCs and WC Seats from SIMAS! Old models and novelties!